He currently works in his studio located in Jesi, a little town in the heart of Italy, where he had co-founded a type-centered studio called Sunday Büro with his wife and business partner Valentina “Alga” Casali.

Previously, Goran worked as resident illustrator at Wired Italy, side by side with David Moretti. He has received awards from most major design and illustration publications including Communication Arts, Creative Quarterly and Print’s New Visual Artist.

Goran began his career as graphic designer (and then as art director) at Gold Streetwear, in Florence. In the same city, in 2010, he graduated in Industrial Design from ISIA, Higher Institute for Artistic Industries. 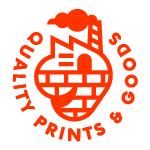